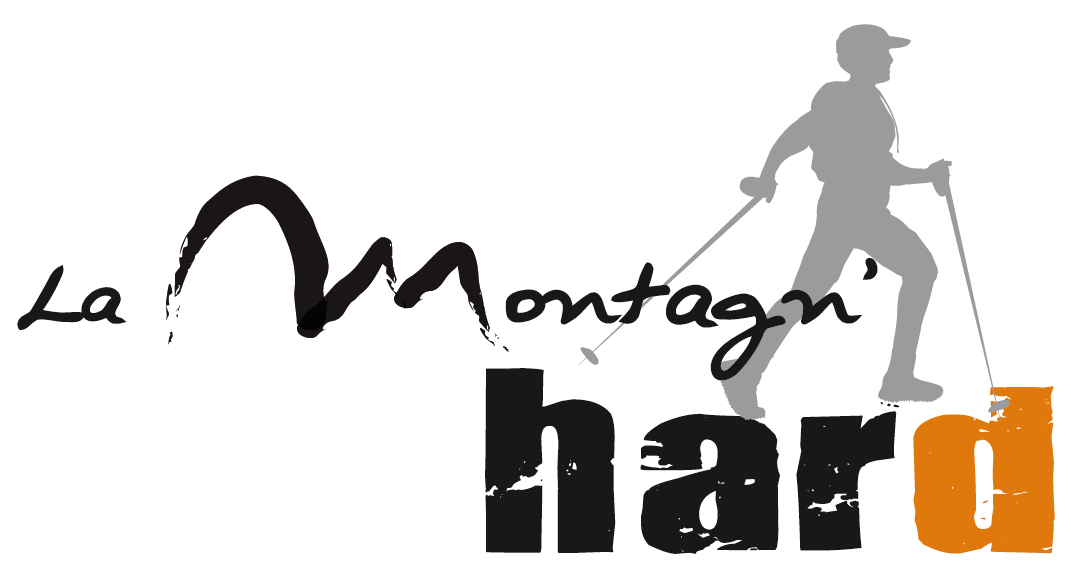 Volunteers : Laurent Armand aka The Bagnard

Laurent Armand, aka The Bagnard, fly away every year at Saint-Nicolas-de-Véroce at the beginning of July. The destination of his fugue: the shelter of Tré-la-Tête, fourth aid station that he holds with enthusiasm since the beginning of the Montagn’hard.

On which editions were you volunteer, and on which post ?

Since the first edition and always on the same post: aid station of Refuge de Tré la Tête (magnificent panorama) with Marielle the patroness of the refuge. 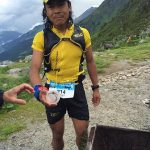 At this location, about 42 km, the trailers made about a third of the course. In what state are they in general?

Basically the first 40-50 are really cool as roaches, for the rest of the pack we are there to reboost them into positive energy!

The conditions are very different every year, from the big sun to the very humid clot; not too difficult to hold his post?

As usual we are dependent on the weather, especially in the mountains! The temperature can be very pleasant (hello sunburn) and ten minutes later we can undergo a deluge of rain (lived on the 2016 edition).

To take the post, we have to be a half hour before the passage of the first around 9:30 and we leave after the latests, it is very variable but in any case we have our frontal. 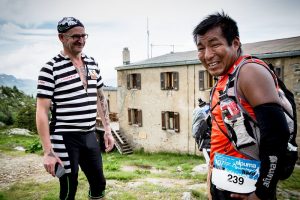 And how many are you?

At least you have to be 3 because there is some equipment and a little complement to supply to carry. But 5 or 6 is nice, even more!

Happy to go down at the end of the day?

Getting out? But you do not feel like it! Even if it is not quite rest, it is a superb adventure at each edition.

Did you have to face big problems? Hardware failure …

I touch wood no breakdown, except perhaps the fountain which has had a little trouble filling up. 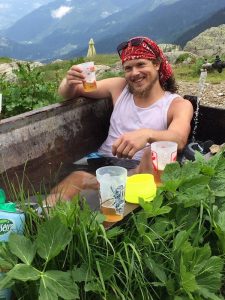 Do you know how many people have bathed in the fountain?

They must be 4 or 5 to be entered completely in and some more to just put the legs.

The famous barrels of beer … In your opinion what percentage of the runners takes it?

From the simple sip to the half glass, it has been constantly increasing since the first edition!

The following descent is quite technical, what is your way of reassuring while pushing a little the undecided?

It is true that the descent that follows to Les Contamines is quite technical, but to reboost them I tell them that there is a large aid station with hot drinks (soup, tea …) and that the other aid stations are much better than ours (sic), and especially to take pleasure and keep the smile!

To finish, your best memory (you have the right to 3!)?

1 – Edition 2016: the reflection of the first in Tré la Tête “Where is my beer?” We had not yet opened the barrels!

2 – Our Jean-Mimi (Jean-Michel Touron) who makes us surprise to land with a backpack full of mint, lemon and Perrier …

3 – The climbs to the refuge with the barrels or the descents (of barrels also !).

4 – My first meeting with Marielle the Boss of the refuge! 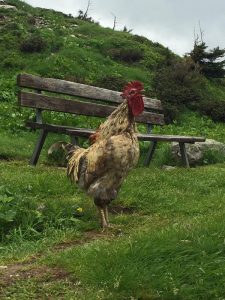 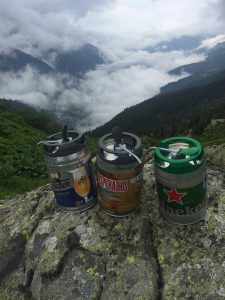 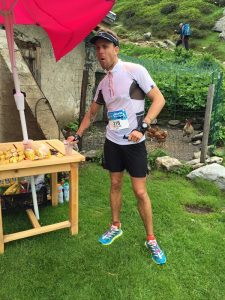 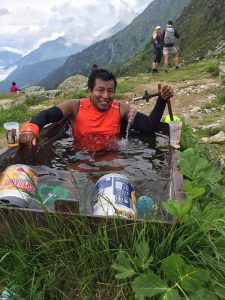